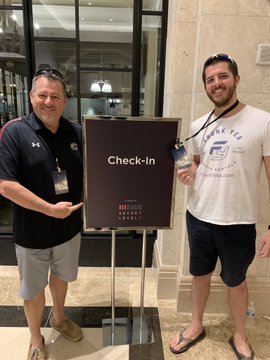 On April 11, SpaceX launched it’s first Falcon Heavy commercial mission and it drew in quite a crowd. A memorable figure, Starman, even popped in for a quick visit.

Here are some perspectives from other launch-goers as Starman steals the spotlight before the launch.

Frunk Yeah checked in with Starman at KSC Launch Complex 39 where they received their special Tesla owners access pass, but this isn’t where they met up originally.

As you can see in the tweet below, Frunk Yeah spotted Starman on the bus trip to KSC.

Sofiaan, a popular member of the Tesla community on Twitter shared his point of view of the bus trip with Starman and others happily on their way to KSC

Even Teslarati wanted in with Starman and featured him in their article.

Tesla Owners Taiwan as also there representing and you can see their tweet exclaiming how they found Starman.

What’s Inside, a very popular YouTuber and verified account on Twitter, was even there and also linked up with Starman.

All in all, it was a super fun day and a successful second mission of the Falcon Heavy.