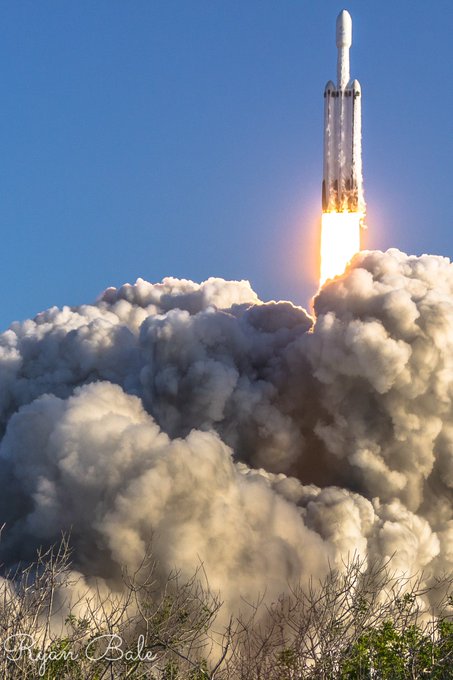 On February 6, 2018, Elon Musk launched his Tesla Roadster and Starman into space on the Falcon Heavy’s maiden mission. Starman in his SpaceX spacesuit and the 2008 Tesla Roadster was Elon’s primary vehicle for commuting to work. He is the CEO of both SpaceX and Tesla.

This historic test flight made history as it sent an actual car toward Mars and included two booster landings. The Falcon Heavy is the world’s most powerful booster since NASA’s Saturn V and it also lifted off from Launch Pad 39A at Kennedy Space Center. This was the same launch pad used by NASA’s Apollo moon missions and space shuttles.

In August of 2019, Starman made his first lap around the sun in Elon’s Tesla, wrapping up his solar orbit in 557 Earth days. Since launching Starman into space, SpaceX’s Falcon Heavy has launched a few times. In April 2019, The Arabsat-6A Mission was launched successfully. Arabsat-6A is a communications satellite owned by The Arab League and provides TV, internet, telephone and secure communications to those living in the Middle East, Africa and Europe.

One of the most difficult launches, according to Elon Musk, was the STP-2 Mission in June 2019 for the USAF. This was difficult due to SpaceX having three boosters and all three boosters landed beautifully with no issue.

SpaceX has also launched two Starlink missions so far and is planning more. Starlink is SpaceX’s broadband satellites and will soon be providing high-speed internet service to the US and Canada later this year. The goal is to give the entire world access to high-speed internet.

Earlier last month, SpaceX performed a Crew Dragon launch abort test that destroyed one of its rockets on purpose. The Falcon 9 was sacrificed in a blaze of glory for the Crew Dragon’s launch escape system. It was an uncrewed test and was the last major hurdle that SpaceX needed to fly over before Crew Dragon can begin to carry astronauts to and from the International Space Station.

The Age of Starman Poster available here in limited quantities celebrates SpaceX’s accomplishments over the past year. In the future the world will look back on the Falcon Heavy Launch and realize that Starman was the symbolic beginning of the space race. We celebrate Year 2 of The Age of Starman.