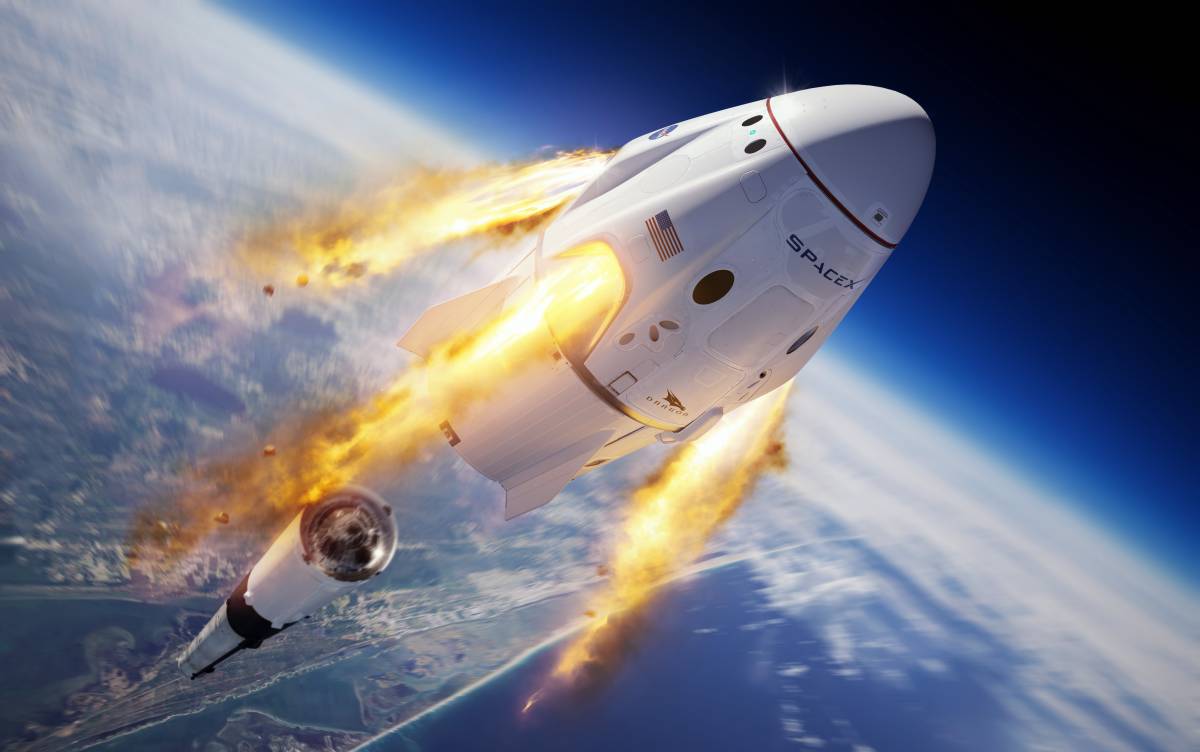 Many cultures across the globe have legends about dragons that would carry the gods or other beings on magical journeys. These fire breathing beasts are an inspiration to another type of Dragon that will make history, if all goes to plan, on Saturday.

51 years ago, the Apollo 11 crew blasted off from Launch Pad 39A that took the very first step for humankind.  In our lifetime, Astronauts Robert Benken and Douglas Hurley are among many who are carrying on this tradition–one that was momentarily broken in 2011–when NASA announced the ending of the Space Shuttle program. Shuttle Atlantis flew four astronauts to the ISS and it was the last time that America flew NASA astronauts to the ISS. It seemed as if NASA were giving up on its dream by ending the program.

Looking forward to tomorrow’s historic mission – it’ll be a day all Americans and space fans everywhere will never forget! T minus 1 day and counting! #LaunchAmerica https://t.co/LW3iovYujs

NASA went from launching its own Astronauts into space to buying rides from Russia. SpaceX and Boeing, however, had hopes of bringing America back into the fold. SpaceX will be doing just that on Saturday.

This wasn’t just history in the making, but it was a race for prestige as well. It would be the first private company to launch humans into space along with the right to fly the American flag in space once again.

Astro Hurley, who will be on the Crew Dragon on Saturday, was on the final crew of Atlantis that pinned the flag on the docking hatch of the ISS. It’s the same flag that flew aboard Shuttle Columbia on its maiden voyage in 1981.

America is returning astronauts to Soave for the first time in 10 years on board @spacex’s crew dragon carried by the Falcon 9 rocket.

Just a few years ago, the idea of private space companies seemed appalling.  Apollo astronauts who have walked on the moon, Neil Armstrong and Gene Cernan–both who were heroes to Elon Musk, were two of his harshest critics at the time. They testified before Congress, even. Neil Armstrong said that the commercialization of space could threaten America’s dominance in space exploration.

In that moving 60 Minutes interview, Elon expressed his sadness at having his own heroes dismiss SpaceX. “I was very sad to see that. Those guys are heroes of mine, so it’s really tough. I wish they would come and visit…see the hard work that we’re doing here and I think that it would change their mind.”

The character was a normal, average person but at night he was a hero who chased his purpose in life. Elon Musk was once an unknown. He became a millionaire and used that money to go after his own dreams. People doubt him, yet he still succeeds and his dreams don’t just come true, the impact of how we do things from online shopping (PayPal) to driving (Tesla) and now, with space travel.

Neil Armstrong would be proud of Elon Musk if he were here today. SpaceX’s journey through the sharp ridges of failure is what will shape it’s strength in the future as we take on the challenges of going to Mars. I think that along with Buzz Aldrin, Armstrong would be just as excited as we are about Saturday’s launch. On Saturday, a Dragon will take flight making history, once again.